Progress often doesn’t look like progress at all when it first arrives.

When on July 3, 1886, Daimler Benz presented his first car, it had a 0.75 horse-power engine that could reach a top speed of 16 km/h. It was able to cover 45 km on a single fuel tank, and it could only take two passengers. Compared to best horse-driven carriages of the day, especially taking the availability of stuff you could use as fuel, this was hardly a progress. Horse-driven carriages bested this car on all fronts, and by large margins.

Imagine what the world would look like today should Daimler Benz heeded the naysayers and mockers of his day, and they were not in short supply.

When Motorola built its first mobile phone in 1973, it weighed 2 kg. The first commercial version that followed ten years later weighed 0.78 kg, could muster 30 minutes of talk time or 6 hours of standby, and cost nearly 4.000 US$. Adjusted for inflation, it would be like 9.500 US$ today. Not to mention that there was virtually no network coverage. A landline phone was nearly infinitely better: you could talk as long as you wanted without ever having to stop to recharge, and it was available everywhere. You even had a payphone on every corner.

Today, when I see a person using a payphone, I can only assume they are being told where to deliver the ransom money.

Both the cars and mobile phones proved to provide vast improvement over the technologies they set out to replace. But at the outset, it certainly didn’t look that way. When first cars and mobile phones appeared, horse carriages and the landline phones have had reached their peak potential already. The potential of cars, and mobile phones, though, immensely surpassed anything either Daimler Benz, or Motorola, could have imagined back in their day.

Thanks for bearing with me this far, because I now owe you a big explanation: what do cars and horse carriages and 2-kg mobile phones have to do with NAV and .NET?

When the AL Language extension for VS Code was first presented, to many people it certainly didn’t look like progress. Gone were the GUI (should I say gooey) designers, and suddenly everything was text based. With classic Development Environment, a non-developer could create a handful of tables with properly designed relationships, together with list and card pages, in literally no time. Suddenly, you feel like you require a computer science degree to be able to write code that creates all this, and it takes four times the time to achieve the same.

Couple of days ago during the session on the AL Language development using Visual Studio Code, a training participant said that Visual Studio Code was a huge stepback, and that using that tool feels like going back to stone age.

Is this what progress is supposed to look like? Well, as a matter of fact, yes, this is precisely what progress looks like when it first arrives. 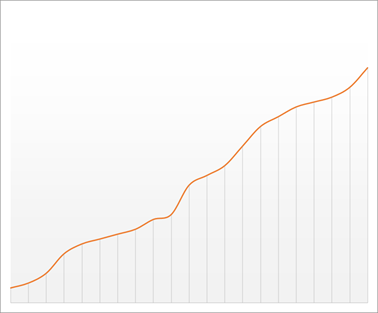 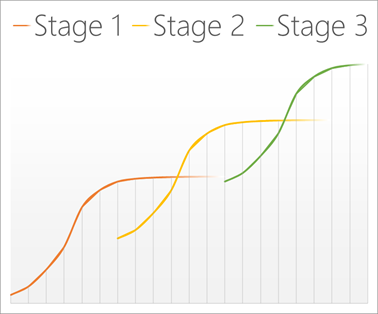 And while the AL Language extension for Visual Studio Code at this point provides as much progress over classic Development Environment as the first car provided over horse carriages, these are the first steps only, and while the Development Environment had reached its asymptote a long time ago, Visual Studio Code provides vast potential for improvement over time.

Here’s why I believe the switch from classic Development Environment to Visual Studio Code is the best thing that happened to us in a long while.

To put it simply, Visual Studio Code is an open technology, classic Development Environment was as closed as a cannonball. So many aspects of VS Code can be customized to your liking, starting with color schemes, icon sets, and going all the way to automating it to your heart’s desire. Openness comes in many shapes and flavors, so let’s see.

They are insane improvement over the classic coding experience. They simplify creating larger blocks of code from repeatable patterns. Microsoft has provided a bunch of useful snippets already, but the beauty of it is that you can create your own snippets for absolutely anything. If invoking them through IntelliSense is too much of a hassle for you, then you can bind individual snippets to keyboard shortcuts.

One of major obstacles to developing NAV in multi-developer teams, but also a solid pain in that body part that I’d rather not name for political correctness, is the fact that classic Development Environment does not provide any at all source control capabilities. None. Zilch. Zippo. Yes, you can automate it using PowerShell, and there are amazing efforts by NAV community to provide this or that kind of process that looks like SCM from far, but none of these approaches are integrated, nor are they foolproof.

Visual Studio Code handles it hands down, directly from its UI. And if you are unhappy with how it does it out of the box, there extensions, a dozen a dime, that make it even better.

Oh, did I just mention extensions? Visual Studio Code is an extensible product that allows you to extend nearly every aspect of it. This is probably the #1 reason why it’s so popular. There are extensions for nearly anything you can imagine, ranging from language modules, compilers, to debuggers and source control management tools. There is barely any imaginable development task or language for which you won’t find support through a VS Code extension. As of time of writing of this blog post there are 3.266 individual extensions and they are popping up like mushrooms. There are more than 50 new extensions every week, and you can develop your own if you want.

Visual Studio Code is built on Node.js runtime platform and it allows automating commonly performed operations using tasks. As long as you know your JavaScript or TypeScript, you can create custom tasks that automate things for you.

Let me give you some ideas of things that could be meaningful tasks in NAV development.

For example, you could do simple things such as object renumbering, or organizing object files into logical folder hierarchy per object type. Why not automating validation of certain pre-defined rules or best practices, like variable naming? Or perhaps going berserk, and automating creation of list and card pages from tables. Or whatever other crazy shit (excuse my Valyrian) crosses your mind.

While there may not be an AL Language debugger yet, there is no reason why someone (khm, khm, Microsoft, khm…) wouldn’t provide it eventually. Once there is full support for AL Language, we may get a full-blown debugger that integrates with Visual Studio Code and provides some real debugging capabilities. Funny thing is, a millennium broke since NAV came about, and people retired after having spent a career developing for NAV, and yet we have never ever had a decent debugger. No, no, don’t get me started. The debugger integrated into the Windows client is not a decent debugger. It’s a very coarse approximation of a fuzzy idea of a prototype of something that kinda sorta looks like a debugger.

Should we have had Visual Studio Code seven years ago, and should Microsoft have invested as much time in developing a NAV debugger in VS Code as they have invested in developing the one we have today, we would have had a very decent debugger that would kick aaaa… that thing. But this last sentence doesn’t really make much sense, it’s totally hypothetical, but still. A man can hope, and I hope for an AL Language debugger integrated into Visual Studio Code.

One of the greatest things about the AL Language extension is that you can participate in its development. Simply go to https://github.com/Microsoft/AL/ and take part in the discussion, submit issues, ideas, or questions. Microsoft really follows the discussions there, much unlike they did with Connect (Remember Connect? Well, forget Connect). I have personally submitted four bugs and one enhancement idea, and not only they have all been accepted, but the average response time by Microsoft was a couple of hours, and for some of them it was practically instant. Amazing.

One more area where you can participate is submitting snippet ideas. Simply fork Microsoft’s repository, make your changes to the snippet definition file, and submit a pull request. There have been 44 pull requests, most of which were accepted by Microsoft. Amazing. (I am repeating myself, I know.)

Okay, I rest my case here.

I am really excited about the AL Language being supported in Visual Studio Code, and I am looking forward to the day when it’s the only development environment we have for our AL code. Until then, engage, and trust the progress curve. It’s inevitable.